Alloophorus robustus “Lago Zacapú” is a livebearing fish in the Goodeidae family which is widely distributed in Mexico. This fish is the largest of the goodeids which is indicated by the species name robustus as it is larger and “chunkier” than many other species in the family.

Like many goodeids, it is disappearing from many locations in Mexico. Dr. John Lyons has classified this fish as “Vulnerable/Declining” in the wild, so it is worthy of species maintenance efforts.

Alloophorus robustus is widely distributed in Mexico. Once found at over 50 locations (circa 2000), Dr. John Lyons reported in 2019 that it could be found at only 25.

Typical biotopes for this fish are lakes, reservoirs, and streams, often with dense vegetation.

Alloophorus robustus “Lago Zacapú” is not difficult to keep, but this is not a fish for a ten-gallon tank. Since this fish grows large, a minimum recommendation is a twenty-gallon long tank. One year old individuals may exceed 3.5 inches, so larger tanks such as a 40 breeder are required as the fish grow.

My recommendation is to begin with a group of 4-6 individuals. Males can be somewhat territorial, so provide cover for sub-dominant males and females. This fish should be maintained in a species-specific tank. It will chase and eat smaller tankmates.

Larger fish produce more waste, so regular partial water changes are important. I change about 40% of the water each week for these fish.

I set up my tanks with a small divider that extends about 50% of the way to the bottom of the tank. This way, half of the tank is covered with plants and the remainder is open swimming area.

You don’t need a heater for this fish. I maintained them in my basement fishroom between 66F and 75F.

Alloophorus robustus are meat-eating predators. They will eat insects, fish and smaller crustaceans in the wild and are primarily ambush predators.

In the aquarium, they are easy to feed. Smaller fish from 1.5 inches and up may be fed on 1mm cichlid pellets.

I had very good results feeding Otohime 1.8mm pellets and as my fish grew, I moved them to 2.2mm TDO Chromaboost pellets. These two Japanese sourced diets contain squid and fish meal. I also fed an occasional treat of frozen bloodworms, live glass worms or culled small fry from my other tanks.

I have had a long fascination with this species and had been on the hunt for them for some time.

In a way, it is the “anti-livebearer” for two reasons. Firstly, it is highly predatory. Secondly, it gets seriously large! A foot long livebearer . . . how cool is that?

My “Robustus” story began 2014 when I joined Dr. John Lyons and other hobbyists on a collecting trip to Morelia, Mexico. Although uncommon, we collected a handful of Alloophorus robustus at Las Mintzita Spring and Rancho de Molino.

Sadly, none of the individuals we collected survived. I later observed large specimens of this species during a visit to the Fish Ark in Mexico. Seeing these large fish for the first time made an impact on me!

Not only did I want to bring this fish into my own fishroom, but I also wanted to support the Fish Ark and their efforts to conserve endemic species and to foster sustainable management of fish in Mexico.

My opportunity to work with this fish had to wait a few years, but I finally obtained four juvenile Alloophorus robustus at one of the Chicago Livebearer Society’s regular meeting auctions in early 2020. The fish were spawned by Patrick Miller who is an avid livebearer hobbyist and current (2022) Chairman of the American Livebearer Association. Fellow CLS member Andy Piorkowski had met with Patrick to exchange some fish and brought these fish back to our club.

I was somewhat short on tank space at the time, so I introduced these fish into a 20L which contained a breeding colony of over 100 Endlers livebearers. Within a month, the Alloophorus robustus had doubled in size, approaching 2.5" long, and there were zero Endlers to be found.

I fed twice daily and in about a year my fish grew to about 3.5" long. I noticed a female grow larger and it was apparent that she was quite gravid with fry. I estimate the gestation period to be about 60 days.

One evening, the female looked positively swollen and “squared off” and I expected fry imminently. The following morning, it was obvious that she had given birth, but I found only a single, large 1" long fry in the tank. There was plenty of cover, so I expected to find more fry and was disappointed.

Then, I made an interesting discovery. I was having a duckweed problem in this aquarium, so I had added a small skimmer to the tank. A quick peek into the collection cup was the happy discovery of fifteen more babies!  This indicates to me that Alloophorus robustus go to the surface after birth.

The fry are tan to golden in color and covered in tiny spots.

I have had two additional spawns from the fish about two to three months apart. In my latest spawn, I discovered 17 babies hiding in the floating plants almost always right at the surface. To collect the fry, I put in a full-length divider and shoo the adults into the open swimming area of the tank. I then remove the plants and net out the babies.

Alloophorus robustus “Lago Zacapú” is a large and interesting goodeid which is deserving of more attention from aquarists. My goal is to move my fish to progressively larger tanks to see how large I can get the to grow! 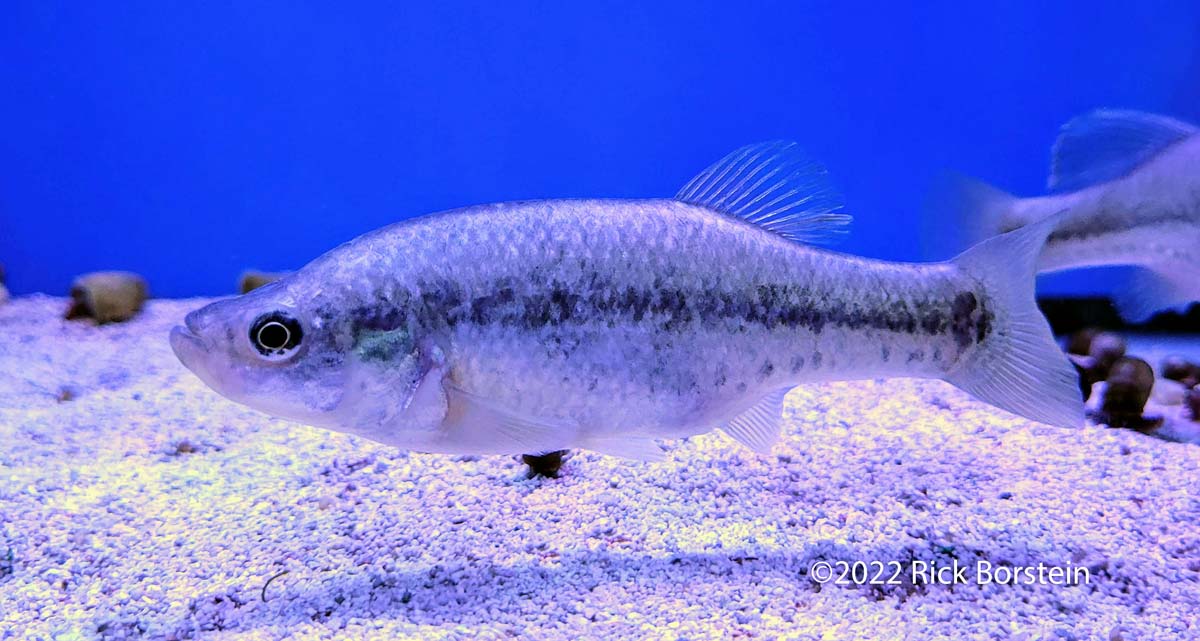 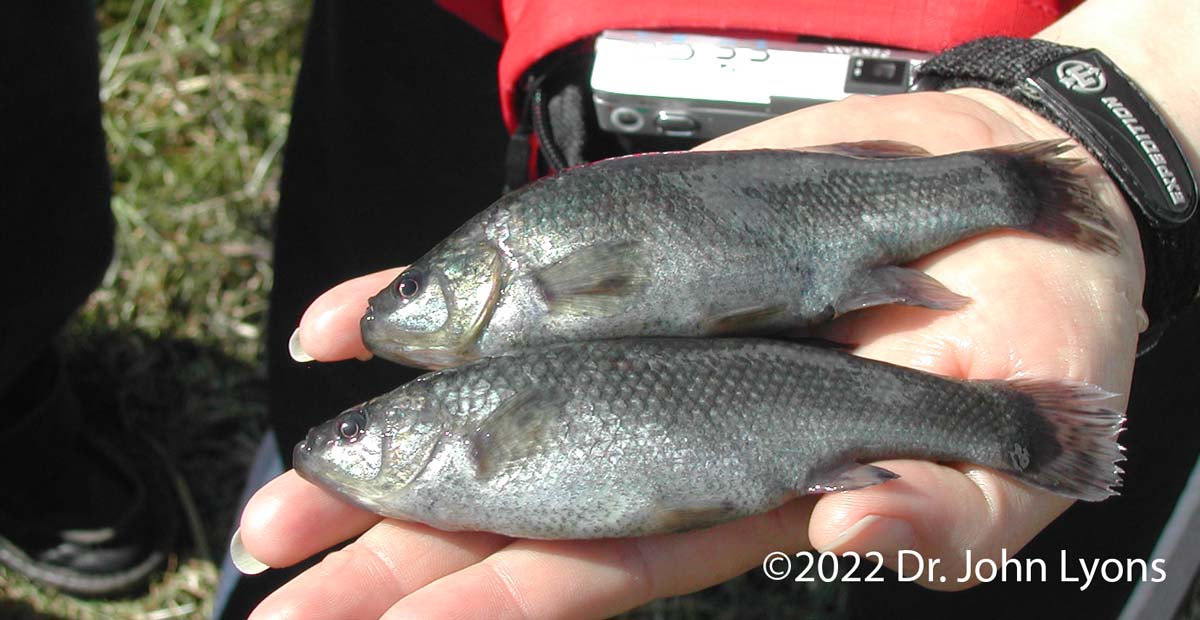