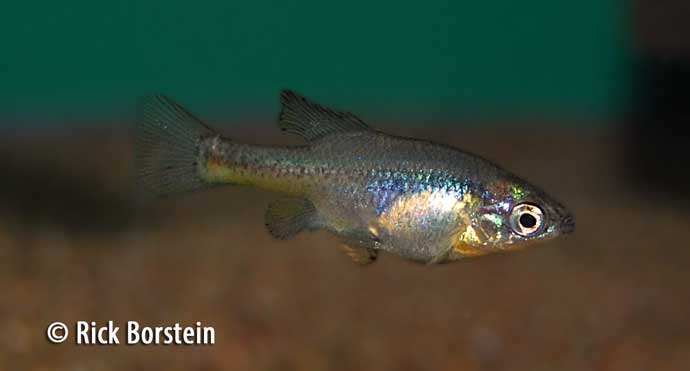 Skiffia lermae is a rather small goodeid and somewhat plain in appearance, at least the variety which was available to me. Males are not aggressive to females and give only mild chase. When breeding, males brigthen somewhat and take some gold hues, but ordinarily this fish is greenish-tan to grey. Females are uniformly tan or grey. Apparently, there is some variability by locations and some more colorful specimens may be available. Wild-caught specimens when first pulled from the water have a very golden color and usually have a crescent spot at the base of the tale. This spot is not always visible in my experience when fish are moved to the aquarium and may fade due to stress or other factors.

Skiffia lermae is found along the Pacific slope of Mexico, in the Rio Lerma Grande de Santiago basin and the Rio Grande de Morelia basin. Waters for this fish are quiet, shallow, muddy and typically slow with sometimes dense vegetation. I collected Skiffie lermae in the La Mitzita, a 3 acre spring about 45 mintues from Morelia, which is the capital city of Michoacán. The fish was always found among dense vegetation and a scoop of the net in the1-3 foot water would often yield serveral specimens.At La Mintzita, it was by far the most abundant fish we caught.

Skiffia lermae presents few problems. A group of six fish may be kept in a 10-gallon or larger tank. No heater is necessary and tank temperatures of 67F to 72F are fine. Like most goodeids, it does not do well in warm water, so keep it at 74F or below, preferably in hard water. In the aquarium, they can be a bit skittish so a nicely planted tank will make them feel more at home.

Skiffia lermae eats algae, insects and decaying matter in the wild. In the aquarium, they will eat just about anything including flake food and pellets. I fed a variety of foods such as HBH Graze, New Life Spectrum Optimum H20,and Repashy Community gel food.

I obtained a group of Skiffia lermae at the 2011 ALA Convention. I housed several juveniles in a 15G long tank and grew them up. Present in the tank were floating plant mats and a bit of rockwork.

The tank had a sand substrate and was filtered by a four-inch Swiss Tropical Poret Foam filter. I performed weekly water changes of one-thirds of the tank volume and the fish grew steadily.

Once the females were about 1.25" long, I noticed the first gravid individuals. A few short weeks later, I detected the first fry hiding in the plants.

Although I did not observe the parents going after fry, I still think it is a good idea to provide some cover. The babies are about 3/8"+ long at birth.

Skiffia lermae  is an uncommon goodeid that is threatened or perhaps endangered in the wild. It is worth saving and keeping. 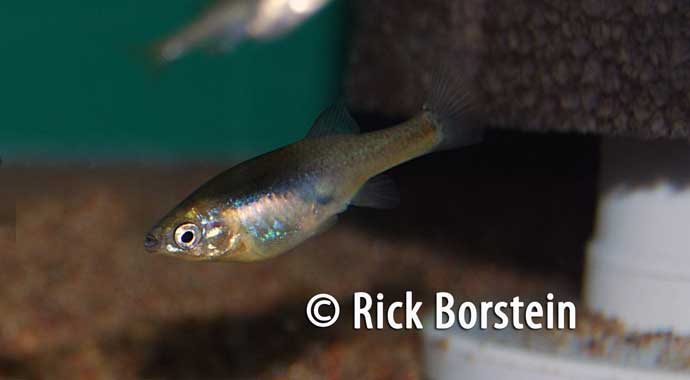 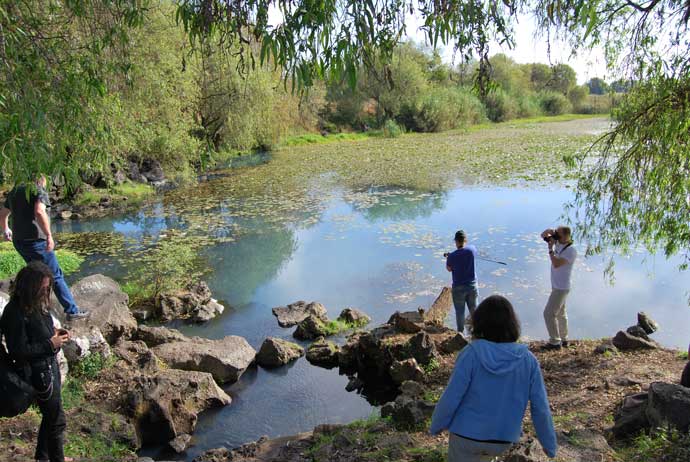